What do we know about Diego Márquez? If you've raised a child or flipped through the cartoons section, you might have come across the Nick Jr. Go, Diego, Go! whose main character is named Diego Márquez, sharing his last name with the writer of One Years of Solitude, Gabriel García Márquez, the contestable originator of the magical realist genre. Diego and his original counterpart Dora the Explorer both highlight a new reality in children's television: Latina/o culture is an important part of U.S. culture. Across the world Diego and Dora teach English (as opposed to Spanish in the United States) and Latin American culture to youth, which underscores a transnational educational program with a Latina/o at the forefront!

But how do we make Go, Diego, Go! into video art? How do we refresh it so it has something new, perhaps even urgent, to say? We apply some of Jorge Luis Borges's postmodern flavor of course! Borges, the Argentine author of short stories collections like Ficciones tended to quote from the entirety of literature up to his time. This is reflected in his own quotation stating that heaven for him would be a sort of library. The arrival of the internet has sort of fulfilled his desires on earth.

I was on Reddit the other day and saw an alternate, more philosophical and sci-fi explanation for the premise of Go, Diego, Go! and I decided to run with it. What would a more morally invested, existential Latina/o cartoon look like? Would it cull from the YouTube poop genre? Yes! Would it have a Borges quality to it with an encyclopedic form of quotation being thrown at the audience at all times? Yes! Would it be deconstructed! Yes as well! Finally, I wanted to present a magical Eden that has in an odd manner united the Americas with Diego being the lone (known) survivor of the human race due to science gone wrong wiping out the rest of humanity.

It's quite apocalyptic (I'll admit I had just finished watching the Korean-American production Snowpiercer) but it also adds science fiction to Borges's bookshelf while ending with the biblical Edenic quotation that has surprising Buddhist connotations:

Also the cow and the bear will graze, Their young will lie down together, And the lion will eat straw like the ox. -Isaiah 11:7

The piece is part of a larger installation related to cellular automata (also crudely known as tessellations). The concept of cellular automata was originally discovered in the 1940s by the mathematicians Stanislaw Ulam and John von Neumann and was used heavily in the understanding of self-replication systems of which humans, Reddit, and and even the universe are considered one. Now, I'm no mathematician, but as an artist, patterns have always fascinated me, and it's interesting to conceive of ourselves as part of a larger tapestry with a deterministic pattern.  From crystals to the Latina/o genome, we potentially follow the constraints of a huge universal cellular automaton!  And it's this kind of thinking that pushes us away from anthropocentrism and into a more inclusive mindset for thinking (even if it's only facetiously) about the environment, which the piece is ultimately about.

And now for the piece: "Diego Saves the World."

I don't see the Latina/o experience as being separate at all from the Latin American experience. Some people make that distinction. Not I. Latinidad's goal is the same--to unify the Americas (and beyond) while highlighting regional idiosyncracies. So in an effort to create that bridge, I've decided to write about one of the pieces I made in Brazil in 2013.

I'm going to begin by apologizing. I'm sorry. I'm sorry that I've been so distant, more antagonistic than usual . . . so in an effort to explain myself, I've written this letter to you . . .

That's more or less the first few lines for how my video piece "First (World) Love" begins. Personally, I feel that the love letter is an underappreciated form of literature. It's a form that definitively goes beyond the solipsism potentially found in other forms due to the fact that the author is addressing the other; moreover, the author, to paraphrase Judith Butler, is literally undone by this very other. Also known as the muse, the other is complicit in molding the author, dissolving the subject/object binary momentarily and complicating the epistemological implications of the piece. This particular video is amusing because the narrator is partaking in a first love monologue, an homage to Søren Kierkegaard's writings on the same subject in Either/Or (a book coincidentally dedicated to discussing the binary of aestheticism and ethics), over footage of what was considered the "Third World" stemming from terminology used during the U.S.-Soviet imperialist era applied to areas in Africa, Asia, and Latin America, which harks to the Argentine duo Fernando Solanas's and Octavio Getino's essay on how to produce revolutionary cinema playfully called "Towards a Third Cinema."

I obtained the footage myself from my stay in Favela da Rocinha during my surplus time while I had an internship for Vik Muniz Studio in Rio de Janeiro, Brazil. Digression: For those of you unfamiliar with the artist' work, Muniz definitely made a name for himself in the neobaroque community through his Wasteland series where he rendered breathtaking images out of actual garbage while making references to T.S. Eliot's eponymous poem. In my video, many of the scenes depict protestors challenging two major events: the unpopular construction of a gondola that will displace several residents and the disappearance (and eventual death at the hands of the police) of Amarildo de Souza, a respected member of Brazil's largest favela neighborhood. You can read more about it in this piece by Donna Bowater from 2013.

And yet, the love letter narrative aestheticizes the footage. It adds endurance to the images. While the piece is still political, it also denotes the power and insufficiencies of love and politics among people and the commodities that complicate it, a pertinence that affects both Latina/o and Latin American communities. The aestheticization highlights a rhythm that goes beyond what journalism can provide on its own---a deterministic cadence similar to what Latina filmmaker Natalia Almada's piece El Velador does with a cemetery located in the drug cartel-infested Mexican state of Sinaloa. Like electrons, it hints at the strings that we cannot observe but whose effects we can witness.

And now for the piece: First (World) Love

To be honest, I’ve always conceptualized the Latina/o in the United States category from a structuralist perspective, rather than an ethnic one. Latina/os are arguably the subaltern population with the fastest growing clout in the country, and the category Latina/o (a curious category which can be interpreted as a synonym for catholic––stemming from the Greek adjective καθολικός) can be interpreted as a category that slowly anthropofagizes the rest until it literally does nullify all attempts at categorization in the country. Perhaps I’m sounding too utopic.

As Hegel liked to say to refute Aristotle, in logic, the law of noncontradiction (not both A and not A; a thing cannot be both true and not true in the same instance) is inaccurate because everything is both itself and not itself at the same time. The category Latina/o occupies a similar position. To be everything and nothing at the same time harks to non-Western mystical systems where self-looping contradictory statements are used to flirt between the Apollonian and Dionysian, enlightenment and chaos, Ometeotl. It offers a glimpse at a monad ... at a mirror that Leibnitz calls the best (and Schopenhauer calls the worst) of all possible worlds. But in this process a third leg emerges. Latin American writers like to call it magic. And it’s this magic that pushes us towards a genetic eutopia (or dystopia). 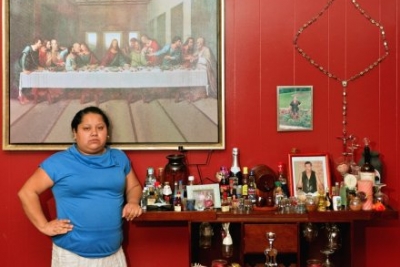 I’m not a journalist nor an academic. I’m a magical realist or at best just a writer (most often with light––photography). It’s tough at times and I get a lot of Gödel, Escher, Bach, and Kafka jokes flung towards my direction but it’s the only way I am capable of living. I’m currently working on a mathematical romance on Latina/os from the perspective of a budding Israeli-Russian physics student called Annus Mirabilis (Latin for Year of Miracles); we’ll see how it goes. I’ll attach a draft sample of the screenplay in another blogpost. It’s my own attempt at complicating Latina/o literature while paying my respects to world texts.

If Latina/o is starting to become a universal category, then how do we continue to complicate and broaden the identity? Spanish, Brazilian, Indigenous, and English literature have been culled from tremendously due to spatio-temporal reasons, but there are still canons out there such as Russian and Chinese literature that are fresh for Latina/o literature to remix. And what does it mean to write about an increasingly Latina/o United States from the perspective of an outsider; is Latina/o normalized now? Those are questions I’m interested in tackling. 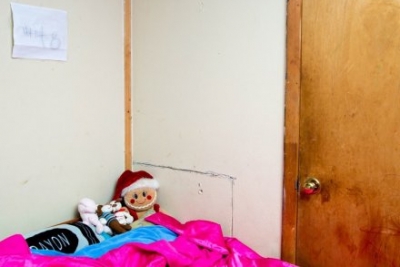 I messaged my imaginary film thesis advisor and this is what they sent me: “You’re right, Diego, nobody has made a mathematical romance film about a dominant subaltern U.S. population (Latinxs, duh) from the perspective of an Israeli-Russian. But it’ll be hard to pull off. You basically need to master Hebrew and Russian cinema and literature (didn’t Dostoevsky say something about geometry? And the film Pi might be useful) while showing awareness of linguistic peculiarities among all cultures involved. It’s ambitious and I’m not a big fan of other mathematical romances: e.g., Flatland, but it might work. Make sure to stick something about Plato in there; you can’t forget the romance part.” 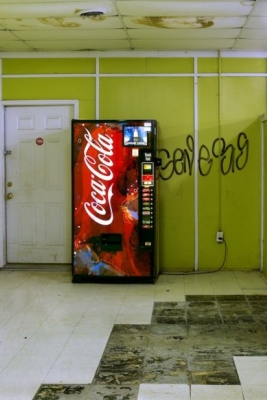 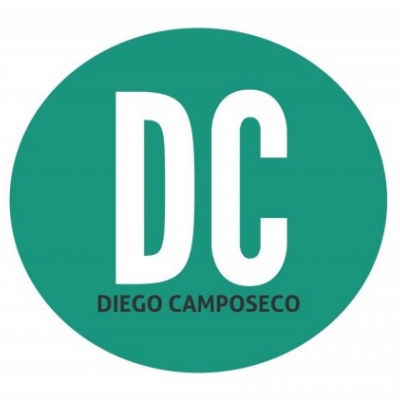 Diego Camposeco is a Mexican-American writer (sometimes using light) from Burgaw, N.C. whose photography and videos explore the interactions among labor, identity, language, color, and the environment. He received his BFA in studio art with highest honors from the University of North Carolina at Chapel Hill and has worked in Brazil, Mexico, and the United States.